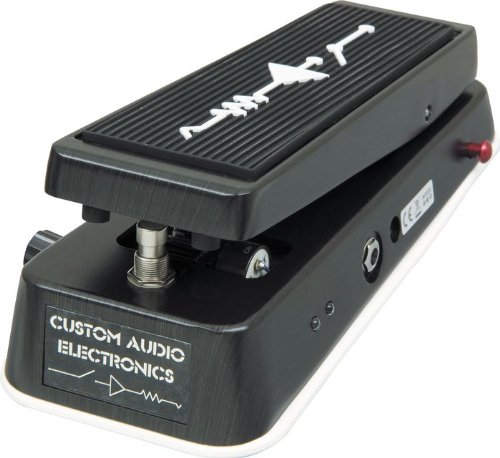 A few years ago, I was on a heavy wah discovery kick. I was able to play with various wah pedals from Fulltone Clydes, to Teese to CryBaby, etc. On my short list that I wanted to mess around with, but didn’t have the opportunity was the MXR MC404 CAE Dual Inductor Wah. I’ve seen this wah on a few pro pedalboards. CAE or Custom Audio Electronics (Bob Bradshaw) makes amazing stuff, and it’s great that they team up with MXR on a few pieces.

The inductors are quiet important for the various wah tones. This wah has dual fasel inductors with two different voicings that are selectable! Additionally, there is a built in MXR MC-401 Boost/Line Driver that is selectable as well! One of the first mods that people do on the classic Dunlop GCB-95 wah is to make it true bypass. The MC404 is true bypass out of the box!