Lee Ranaldo +1 – Between the Times and the Tides 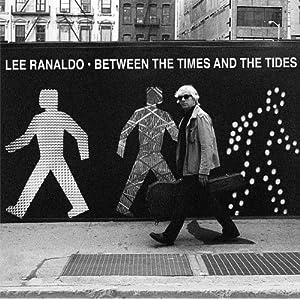 I picked up Lee Ranaldo’s solo album Between the Times and the Tides (Matador) last week, and I was really quite impressed with it. I was always a fan of his singing on Sonic Youth recordings, so it was cool to see him put together a full length song based solo album. Definitely the stand out track for me was Waiting on a Dream. Great song. The album obviously has a Sonic Youth vibe but it definitely has it’s own voice. The recording also features another Sonic Youth musician – Steve Shelley on drums.

This morning I came across Pitchfork’s +1 episode featuring Lee Ranaldo where he talks about the current situation of Sonic Youth (man, I hope that can pull through their current situation and continue as a band) as well as how the solo project was born and evolved. +1 is a great segment that Pitchfork puts out where they show live footage and also incorporates a short interview.

Let me know what you think if Sonic Youth calls it quits. Personally, that would be a major bummer – a classic example of me not appreciating the band as well as I should have while they were together. I should have tried to see them more. Their live performance is amazing.